Industry’s Best-Selling Horizontals in Stock and Ready for Delivery

Order your new Mazak Horizontal Machining Center now and take delivery soon. We have new machines available in pallet sizes between 400mm and 1,000mm ready and waiting for you.

Act now and start out the year with a new Mazak Horizontal Machining Center on your shop floor. 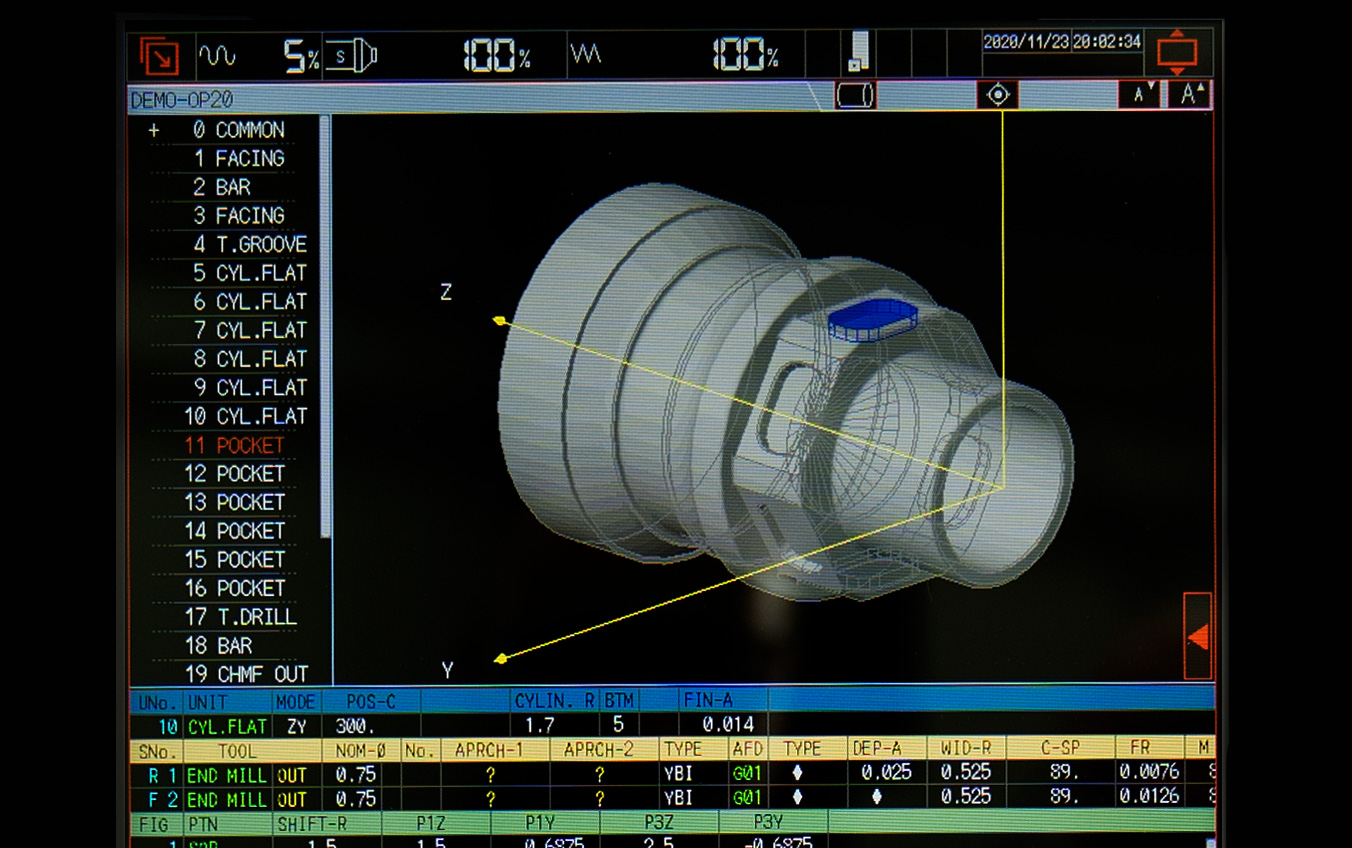 The integration or connecting of CAD/CAM software to a machine tool can increase the confidence factor when it comes to machining your complex medical parts. When these systems are paired together with Mazak’s advanced SMOOTH control technology, you not only gain valuable real time data at the machine but also the ability to generate more accurate part program simulations, which in turn, increase your shop’s odds tremendously of producing a good first part, thus minimizing prove out time.

When shops run a simulation on a Mazak machine, they get tremendous confidence because the simulation uses all the machine’s data as provided by us, the OEM. So, what happens in the simulation will happen exactly the same way on the machine as long as the tool data is accurate.

Nowhere is this level of confidence more important than when running complex medical parts. Shops have invested considerable expense in their machine tools that are needed to run equally expensive parts, so the program must be right.

When it comes to optimizing part program simulations, OEMs have tried to shoehorn CAM systems into machine controls for decades, the results of which have seen little success mainly for two reasons. Machine control computers lack the power, and shops would rather not have operators or programmers spending long periods of time working at a machine’s control on the shop floor. With that said, it makes more sense to instead provide CAM systems with some type of seamless integration to a machine’s control; this would be more in line with a shop’s best interest.

While more powerful machine controls are possible, doing so would increase a control’s cost considerably. Anyone could purchase a computer for about $6,000 that will run CAM, but when you try to incorporate that computer into a machine control, there are huge amounts of customization needed that skyrocket the cost to over $30,000. This is because a machine’s control has to fit the NC side as well as the PC side, both of which must then work together – a balance only accomplished with expensive custom hardware. Plus, with future software updates, it’s not feasible to add a new control to a machine every time the software technology changes.

Instead, Mazak provides an Application Programming Interface (API) that allows CAM software to seamlessly access data from its machine controls. The CAM software then uses that data to generate extremely accurate part program simulations. Such an accomplishment was never possible until the development of more robust interfaces.

To make this interface effective, Mazak essentially provides all the same information that is used in its machines to the CAD/CAM suppliers. They in turn have the software engineers, the time and the computing power to make the simulation graphics much sharper and more precise as well as very realistic, then tie them directly into their CAM system. Equally important, the interface keeps machine controls affordable and cost effective.

The connection between the CAM software and the machine control allows shops to produce programs that take into consideration the specifics of the machine being used and how it operates – its capabilities, kinematics, tooling, range limits and the like. Without this exact machine data, programmers often guesstimate when it comes to the machine’s true range capabilities.

For example, a programmer will select the necessary tooling and produce a part program. The program is then loaded into the machine. But what if a 4.000” diameter tool was specified in the program, when in reality, the tool in the machine actually measures 3.999” in diameter?  Yes, the program would produce the part, but it would be a much more accurate part if the CAM program knew exactly what the tool size was. Now, instead of working in a theoretical world, the interface between CAM systems and machine controls allows shops to work in an actual world with real data.

All this removes huge amounts of guesswork when it comes to programming a machine tool. But most importantly, it gives shops the confidence to push the cycle start button, know a program will run exactly as it did in the simulation and produce a good part the first time. This is especially beneficial when running complex five-axis parts such as those common in the medical sector or anytime operators are unable to see inside the machine to watch a part run.

Mazak Corporation is a leader in the design and manufacture of productive machine tool solutions. Committed to being a partner to customers with innovative technology, its world-class facility in Florence, Kentucky, produces over 100 models of turning centers, Multi-Tasking machines and vertical machining centers, including 5- axis models. Continuously investing in manufacturing technology allows the Kentucky Mazak iSMART Factory™ to be the most advanced and efficient in the industry, providing high-quality and reliable products through its “Production-On-Demand” practice. Mazak maintains eight Technology Centers across North America to provide local hands-on applications, service and sales support to customers. For more information on Mazak's products and solutions, visit www.mazakusa.com or follow us on Twitter and Facebook.