Industry’s Best-Selling Horizontals in Stock and Ready for Delivery

Order your new Mazak Horizontal Machining Center now and take delivery soon. We have new machines available in pallet sizes between 400mm and 1,000mm ready and waiting for you.

Act now and start out the year with a new Mazak Horizontal Machining Center on your shop floor.

Chip Manufacturer Gives the Inside Scoop on Vacuum Chamber Production 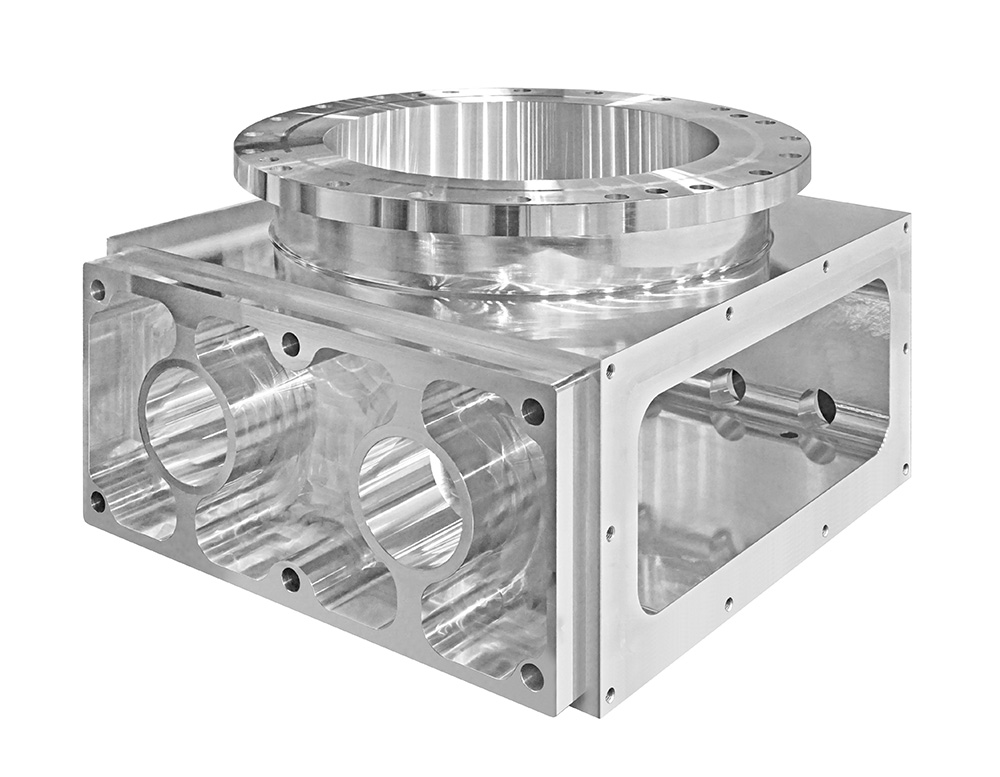 Mazak sat down with one of the major manufacturers in the semiconductor chip industry to discuss the ongoing chip shortage and the critical role that vacuum chamber machining plays in helping to meet surging demand. According to our industry insider, the huge demand for new vacuum processing chambers reflects the need to build new systems to produce chips as well as to replace worn out existing chambers.

Out of the thousands of chambers produced each year, most are machined from billets of aluminum and/or steel, with a majority of the material machined away during the manufacturing process. Large chambers, for example, may start with 12,000 lbs of material and end up weighing only 1,000 lbs or less. To do that, suppliers must remove massive amounts of material quickly and cost-effectively, hold extremely tight tolerances and maintain competitiveness. Today’s vacuum chamber suppliers combine several of the latest advanced manufacturing technologies, including horizontal machining centers, full five-axis machines and those with friction stir welding (FSW) capability. Such machines often feature large tool storage units and are incorporated into palletized automation systems.

“From a machining perspective, all the necessary components to produce chips are getting bigger,” said our inside source, “but it’s a bit ironic that while the chambers and other components and wafer sizes are larger, the chips continue to shrink in size.” The once-typical 127 mm wafer is now 330.2 mm and trending toward 450 mm. Larger wafers allow manufacturers to apply more dye so they can produce more chips out of one wafer.

Bigger vacuum chambers translate into longer machining times, and depending on chamber complexity, those times can run into the hundreds of hours. This is why many companies that supply chambers opt for horizontal machining centers, such as Mazak’s HCN 6800 or HCN 8800, outfitted with substantial tool storage capacity, up to as many as 300 tools. And for continuous production, these manufacturers incorporate multiple machines into automated palletized systems such as Mazak’s PALLETECH.

For vacuum chamber joining, many manufacturers have opted for FSW instead of conventional welding methods. Mazak MegaStir, for instance, provides the FSW tools that allow these manufacturers to not only join surfaces without conventional weld beads, but to also do so on a Mazak 5-axis HYBRID Multi-Tasking Machine that lets them finish cut the joined surfaces without having to remove the part.

Commonly considered a forging process, FSW is well-suited for joining alloys with low melting points, including aluminum, copper and brass, as well as handling high-temperature welding in steels and nickel-based alloys. Producers of chambers and chamber components have discovered that FSW increases the total life cycle of a chamber since there is no weld bead to degrade over time.

With full 5-axis capability, shops can machine all of a chamber’s features in one setup, which greatly reduces the need for handling. Full 5-axis machines – including Mazak’s INTEGREX i-800 with tilting B axis and turning capability, its VARIAXIS i-800 NEOs with tilt/rotary tables and Mazak VORTEX machines with tilting spindles – also improve part accuracy according to our inside source.

The location of features in relation to one another on a chamber must be held to within exacting tolerances, and doing so becomes even more of a challenge as chambers become larger. These tolerances are easy to achieve with 5-axis capabilities that cut all part features in one setup.

Stability and precision are key, regardless of whether suppliers produce vacuum chambers on a Horizontal Machining Center or a full 5-axis machine. The chambers incorporate many O-rings that seal the interior atmosphere. “Your machined O-ring sealing surfaces must be very smooth and precise. If you have a subpar machine, you are going to get a surface finish that is not going to lend itself well at all for vacuum sealing,” commented our inside source.

“The Mazaks we have are well built and lend themselves real well to producing quality sealing surfaces and vacuum chambers as a whole, while also allowing us to reduce machining cycle times.”

Mazak Corporation is a leader in the design and manufacture of productive machine tool solutions. Committed to being a partner to customers with innovative technology, its world-class facility in Florence, Kentucky, produces over 100 models of turning centers, Multi-Tasking machines and vertical machining centers, including 5- axis models. Continuously investing in manufacturing technology allows the Kentucky Mazak iSMART Factory™ to be the most advanced and efficient in the industry, providing high-quality and reliable products through its “Production-On-Demand” practice. Mazak maintains eight Technology Centers across North America to provide local hands-on applications, service and sales support to customers. For more information on Mazak's products and solutions, visit www.mazakusa.com or follow us on Twitter and Facebook.